Northeast Storage Struggling to Reach Adequate Refill Ahead of Winter

The US Northeast, and especially New England, could face natural gas shortages and major price spikes this winter unless the pace of storage injections in the region stays unusually brisk over the next few weeks.

East region working gas inventories entered October at its lowest level in five years, according to the US Energy Information Administration (EIA). And data for the week ended Oct. 21 showed the region is 68 billion cubic feet, or 7.6%, below the five-year average and 57 Bcf, or 6.5%, below this time last year.

“While those inventories are low, they aren’t catastrophically low at this point,” BTU Analytics analyst Conner McLean told Energy Intelligence. “And the deficit to the five-year average is narrowing … [from] as wide as 100 Bcf at the end of August.”

“That being said,” he added, “low storage inventories are likely to have an impact on gas prices, but the impact will likely be felt more in regional gas prices than at Henry Hub” — especially if it's an unexpectedly cold winter in the Northeast. 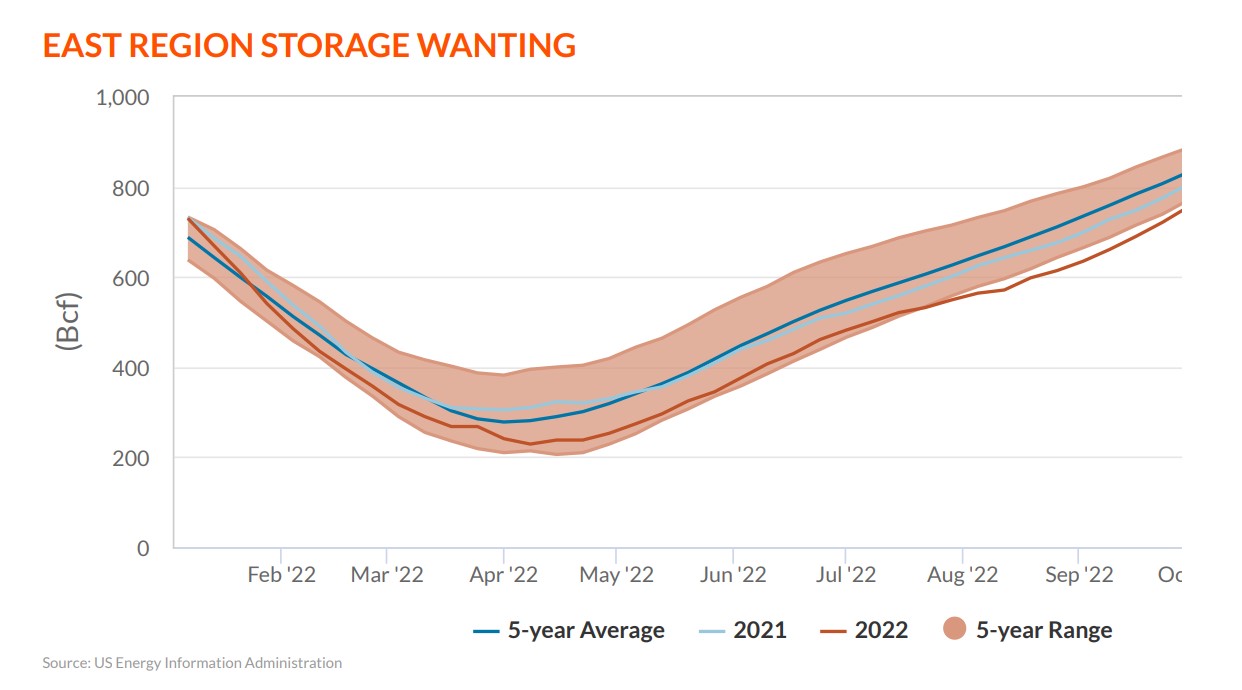 The EIA flagged the lowest East region stores in five years in a report showing regional inventories ended September 9% below the five-year average. Last year at that time, the refill trailed the seasonal average by 3%.

However, a five-week string of triple-digit builds beginning in mid-September added 571 Bcf to net US inventories while slashing the eastern US shortfall by a third. Whether the refill finale can pull within the seasonal range depends on the robustness of injections into mid-November, EIA analyst Kathryn Fleury told Energy Intelligence. “If temperatures continue to be somewhat moderate, delaying any large uptick in demand from the residential and commercial sectors, then that gap has a chance of closing.”

The EIA’s East region consists of 18 states, stretching from Florida to Maine. However, all of its gas storage facilities are in the Appalachian Basin, specifically Pennsylvania (39%), Ohio (24%) and West Virginia (23%).

Even though the Marcellus/Utica play is the largest, most prolific US gas-producing region, averaging more than 35.5 billion cubic feet per day, East region inventories in which it lies have been well below average since July — and for good reason. Gas burns peaked at all-time highs that month amid the third-hottest US summer on record.

But Fleury, the EIA report’s author, says she isn’t overly concerned about the shortfall as stocks have been improving since early September and were 83% full in mid-October.

“Certain market conditions do signal the potential for a volatile natural gas market in New England this winter, but East region storage levels are close enough to typical ranges that they are not likely to be the key contributor of possible winter natural gas price variability,” she predicted. “Further, local distribution companies have firm storage and transportation contracts to facilitate meeting anticipated winter peak-day needs for their customers.”

New England not only relies on storage to meet winter demand spikes, but also on LNG, which can account for up to a third of New England’s gas supply on peak demand days. Last winter, gas demand exceeded production and LNG imports in the Northeast by 4.2 Bcf/d, the EIA said, citing PointLogic data. But this gap stood at 6.3 Bcf/d a decade ago. New England gets most of its LNG from Trinidad via the import terminal at Everett, Massachusetts.

“Historically, New England has backfilled the shortfall between inbound pipeline supply and demand by importing LNG,” McLean explained. “Given Europe’s ongoing energy crisis, LNG is likely to be much more expensive this winter, which will impact peak natural gas prices during the coldest parts of the winter.”

Regional winter basis at Boston’s Algonquin Citygate — which regularly trades at a large premium to Henry Hub during colder months — is likely to see that premium strengthen with the storage shortfall and the price of LNG, he said.

Meanwhile, the EIA reports that winter gas production has risen almost 245% in 10 years while demand grew by 135%.

“However, the Northeast continues to face infrastructure constraints in getting gas out of the basin,” McClean said. “In previous winters, we have seen an uptick in Northeast production as in-basin demand grows, but the upside is limited due to those pipeline constraints.”

Alex Gafford with East Daley Capital agreed that East region storage should prove adequate during the coming winter absent an extended bout of extreme cold. “If we continue the [current storage] trend through the first two weeks of November, weather permitting, we will likely still fall below the five-year average but more comfortably in the historical range,” he told Energy Intelligence.

The Appalachian Basin’s usual increase in winter supply will also help, he said. “We model a supply ramp of about 922 million cubic feet between September and December, some of which will go into storage,” he explained. “Our forecast is in line with recent winters, which typically see production grow to capture higher regional demand and prices.”

However, if the Northeast storage build falls flat and production does not grow as expected, “there is potential for more volatile pricing in the winter,” he said.

Read the article at Energy Intelligence 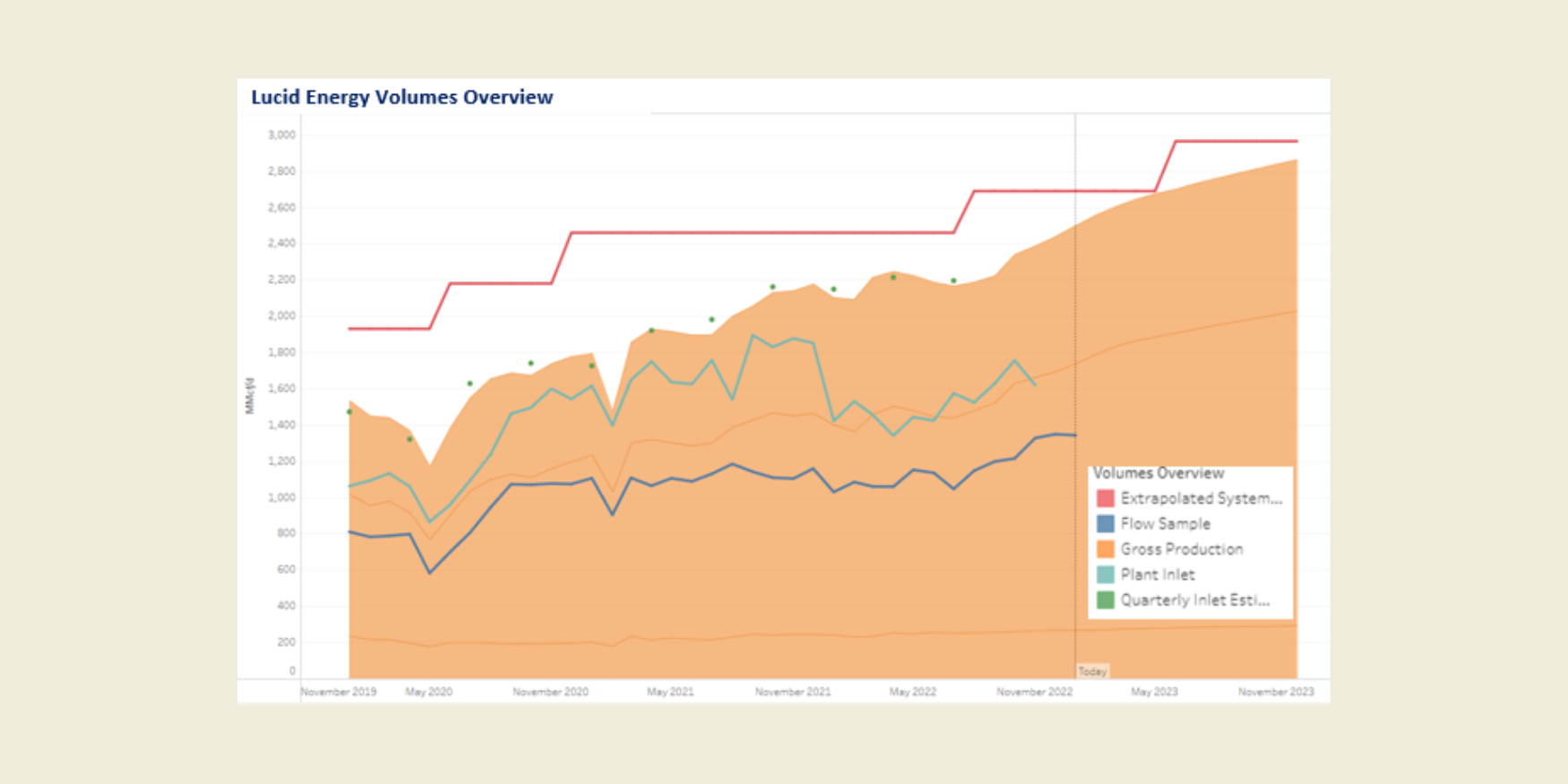 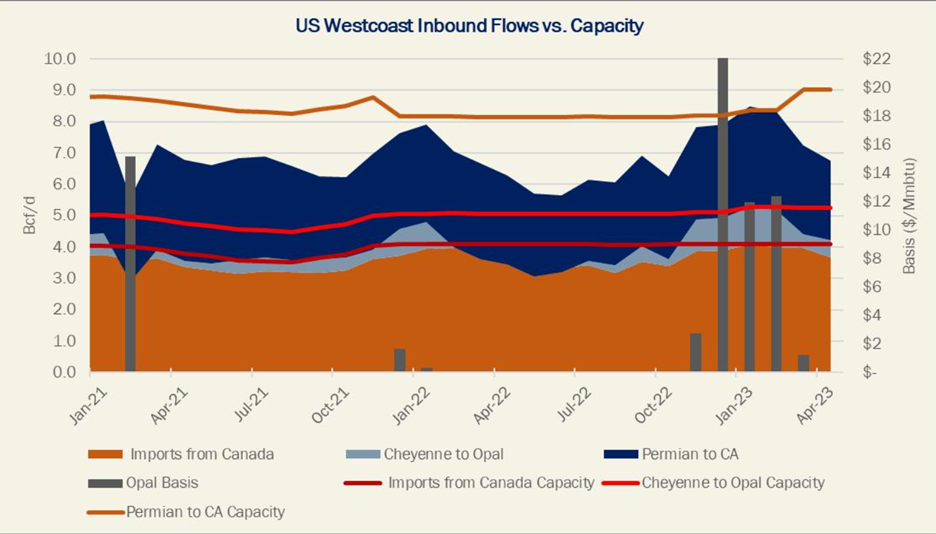 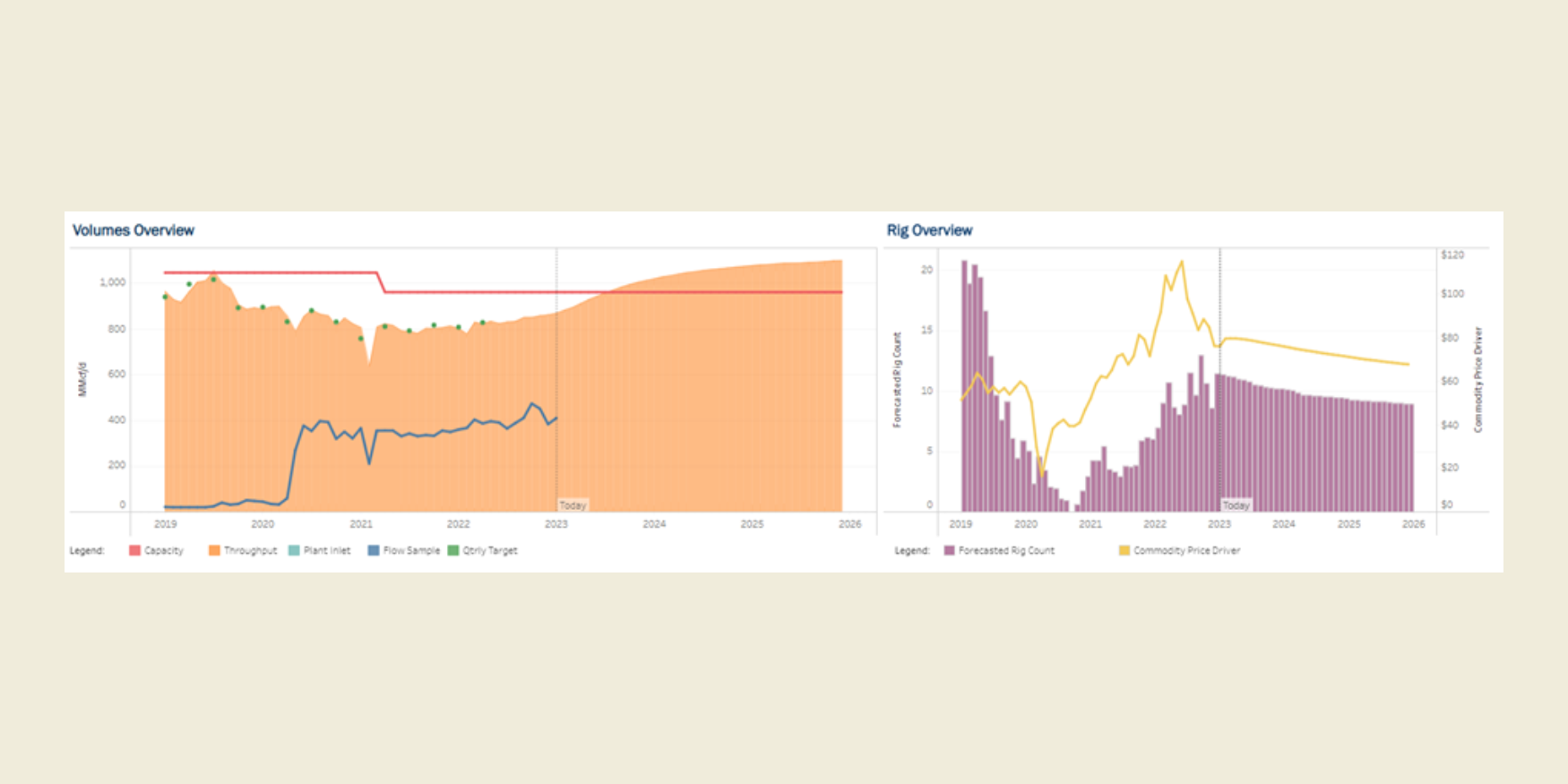